Who has the Fairest Myrtle Beach Real Estate Website?

We are in the middle of one of the biggest projects we've ever taken on right now - building a Myrtle Beach real estate website for Century 21 The Harrelson Group. 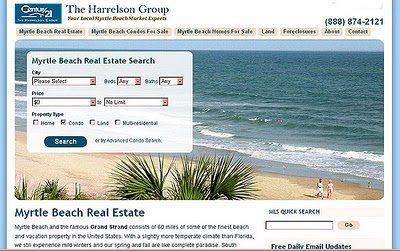 I had pretty much decided that the real estate market in Myrtle Beach was so slammed with websites that it was a waste of time to even try making another one, especially hoping to make it rank in the seach engines.  The same condos have been described on hundreds of websites, hundreds of ways...there's nothing new left to say about any of them except perhaps a few new photos.

But a Realtor friend that I've known for years has studied SEO as much as real estate, and he teamed up with a programmer to build an IDX and CMS that not only had everything a Realtor wants on the back-end, but is also perfectly optimized and easy for buyers and sellers to navigate. That still would not have convinced me, but when I met Greg Harrelson, I found a group of Myrtle Beach realtors that looked at their profession differently than most others.

The Harrelson Group didn't materialize out of nowhere during the condo boom several years ago.  They've been in business around 15 years. Greg Harrelson started taking coaching seminars 10 years ago and still takes them...only now he applies what he learns and coaches his own team of agents in the finer arts of selling real estate.  Greg focuses on the seller as much as the buyer, which is so unusual in this day and time. He believes the listing agency has the most beneficial position, as well as the most power to help both buyers and sellers in the long run. He trains his agents to find the property sellers first, and then let the buyers find them. Kind of a "build it and they will come" theory, and one that makes a lot of sense...  And a LOT of sales. He also believes that a Realtor should give back to the community, and instills his team of agents with the fundamental belief that what "goes around comes around". 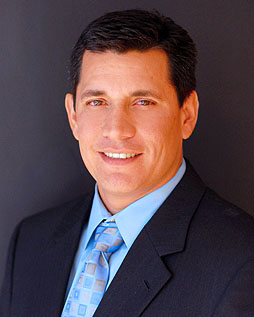 Greg also believes that knowledge is power.  We are building the biggest source of information on the area's real estate choices as possible. Where most real estate sites have a page for a development with nothing much but available listings, this website will have photos, tips, pros and cons about most of the Grand Strand housing communities.  We aren't concentrating the effort on oceanfront condos, but providing information on the residential areas such as Carolina Forest, homes in Barefoot Resort, Surfside Beach homes for sale, Market Common, and more.

Here's a YouTube Video About Greg Harrelson that illustrates his ideals and and expectations.

It's going to take a while to accomplish, but I'm excited over the prospect.  Stay tuned for more information...:-)
Posted by Admin at 12:49 PM